Get to Know the Washoe Tribe

The Washoe (or Wašišiw, which means “people from here”) inhabited the land around Lake Tahoe dating back thousands of years. Da ow aga, the Washoe word for “edge of lake,” is the source for the name Lake Tahoe. Here, we look back at the history and culture of Lake Tahoe’s original inhabitants and learn about where they live now and how you can discover more about them. 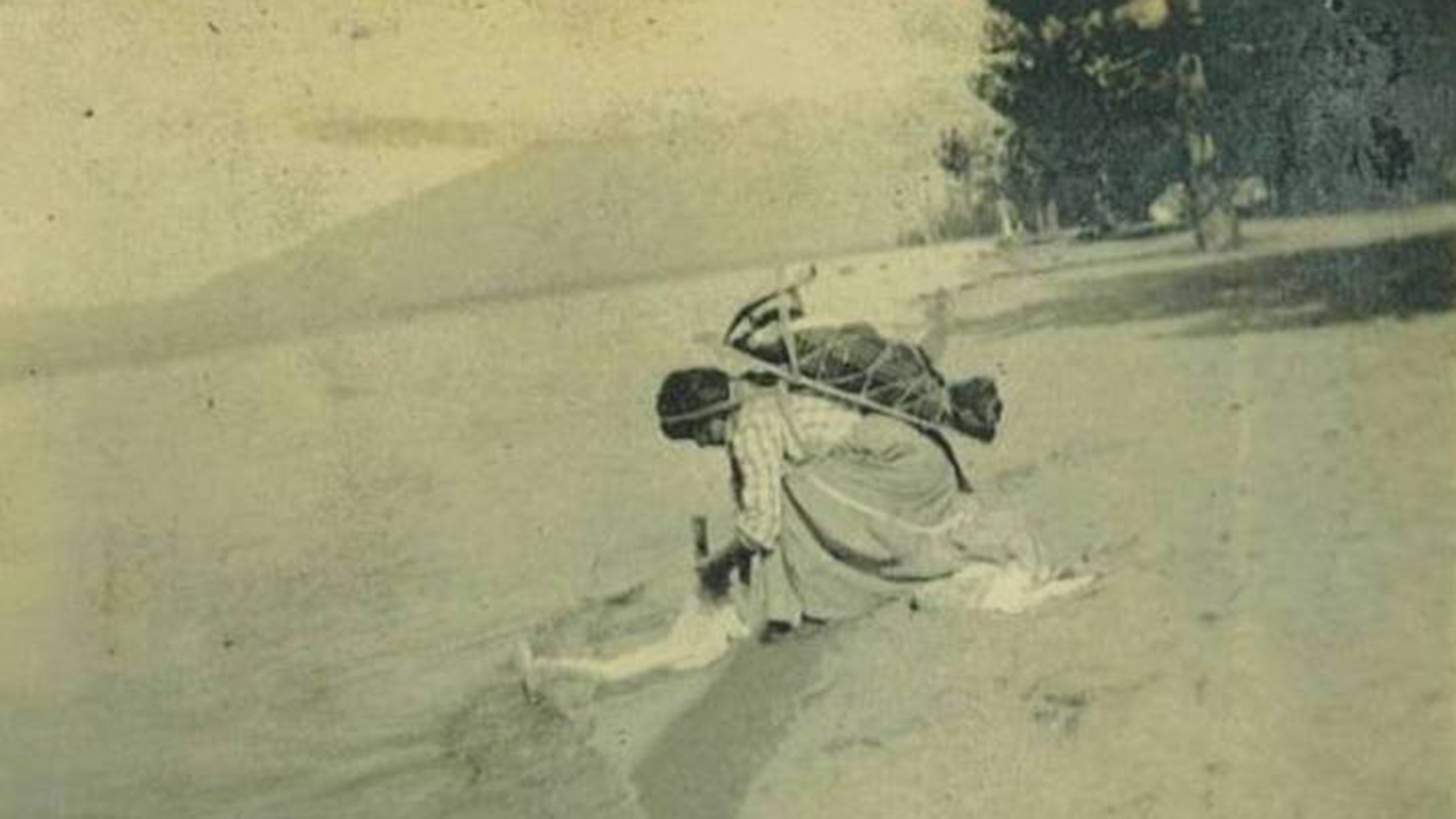 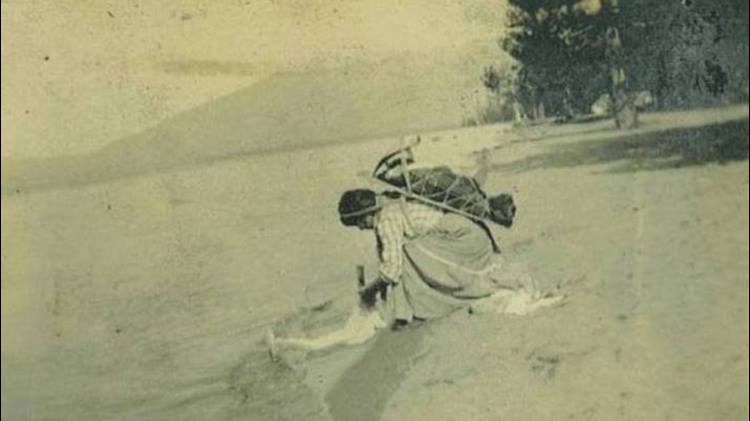 carousel-component
All photos on this page are courtesy of the Washoe Tribe.

The Washoe’s ancestral territory spreads across a vast and diverse stretch of land across California and Nevada, over the Sierra Nevada range and going as far north as Honey Lake and as far south as Sonora Pass. The early Washoe population has been estimated to be around 3,000 people.

The Washoe would spend their winters at lower elevations and their springs and summers at Da ow aga, or Lake Tahoe, and surrounding lands. They considered Lake Tahoe a sacred place with healing powers, the source of many of their traditions and food sources. Stories passed down through generations portray Lake Tahoe as a place that gave life to the land, plants, animals, and people.
rich-text 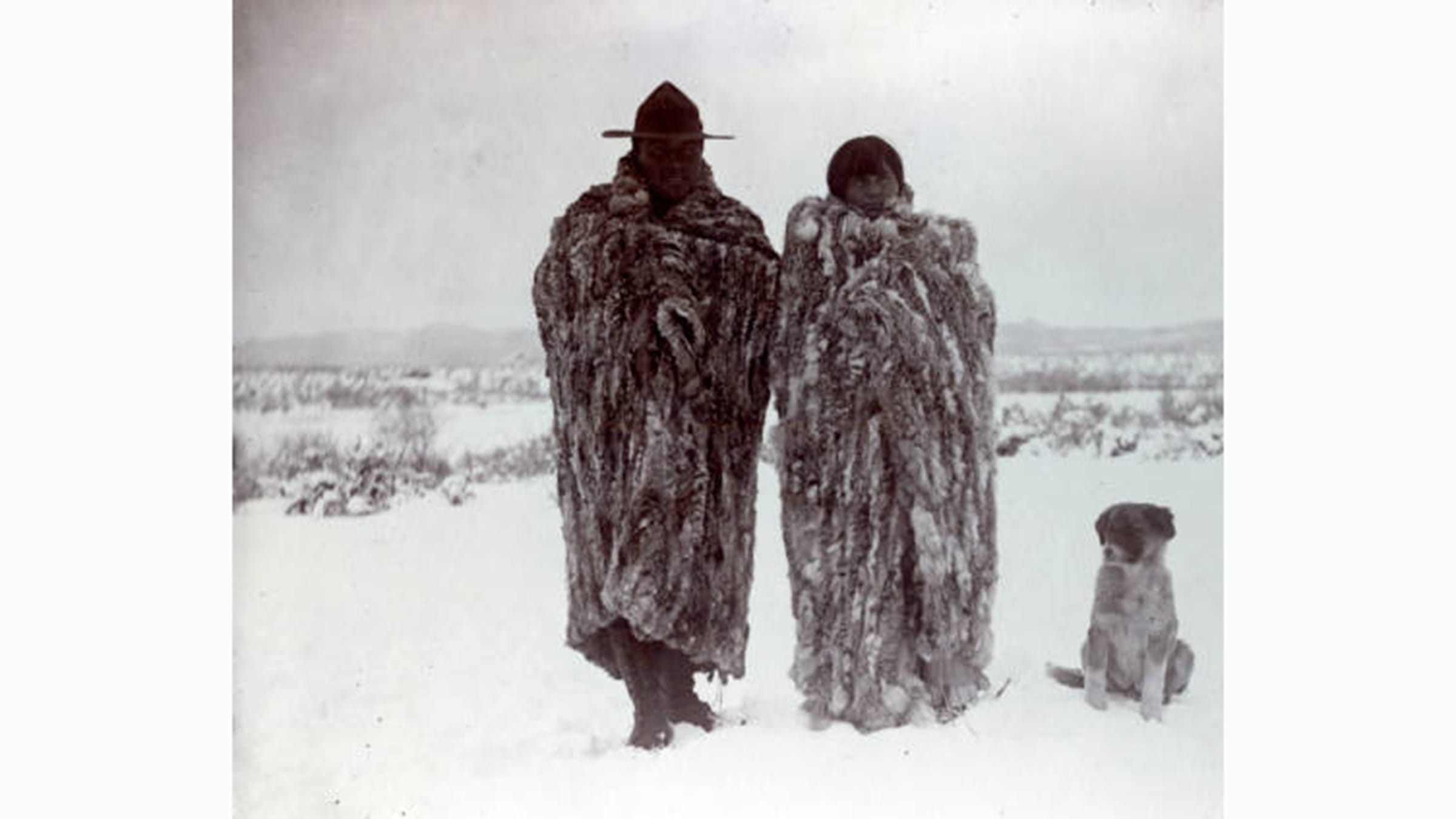 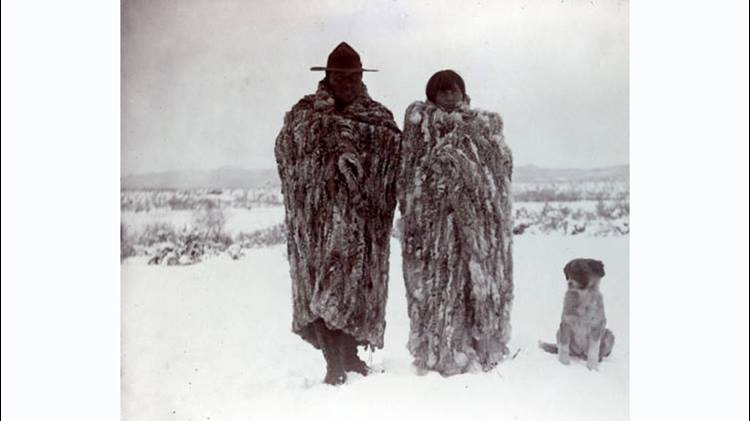 carousel-component
White trappers and pioneers began to arrive in their territory—the first fur trappers reportedly arrived in 1826—and the Washoe tried to avoid contact with the new settlers, observing them from a distance. In 1844, a military officer named John Charles Fremont was on a map-making expedition when he came across Lake Tahoe and the Washoe people. The Washoe allegedly watched from a distance before eventually coming forward to share food and knowledge of the land. Fremont noted their skilled ability to travel through deep snow on snowshoes.

But relations between the newcomers and the Washoe didn’t stay peaceful for long: A few months after Fremont’s visit, a group of trappers recorded shooting and killing five Indians (possibly Washoe or a neighboring tribe) for allegedly taking their traps.

The discovery of gold and silver flooded the area with thousands of miners and settlers between 1848 and 1863. The intruders overused and exploited natural resources. In 1851, Indian Agent Jacob Holeman suggested that the government sign a treaty with the Washoe, writing, “the Indians having been driven from their lands, and their hunting ground destroyed without compensation, therefore they are in many instances reduced to a state of suffering bordering on starvation.” By 1862, the Washoe had lost all of its land.

Culture
Family is integral to Washoe culture. Washoe family units moved together throughout the seasons, residing in galais dungal (or winter house), cone-shaped structures insulated with hides and other natural materials, during the colder months of the year. In the winter, the Washoe would sit around a fire, sharing stories and passing on traditions to the younger generations. They wore clothing made of buckskin and furs and wove intricate baskets from native plants and made tools and other items for daily life. 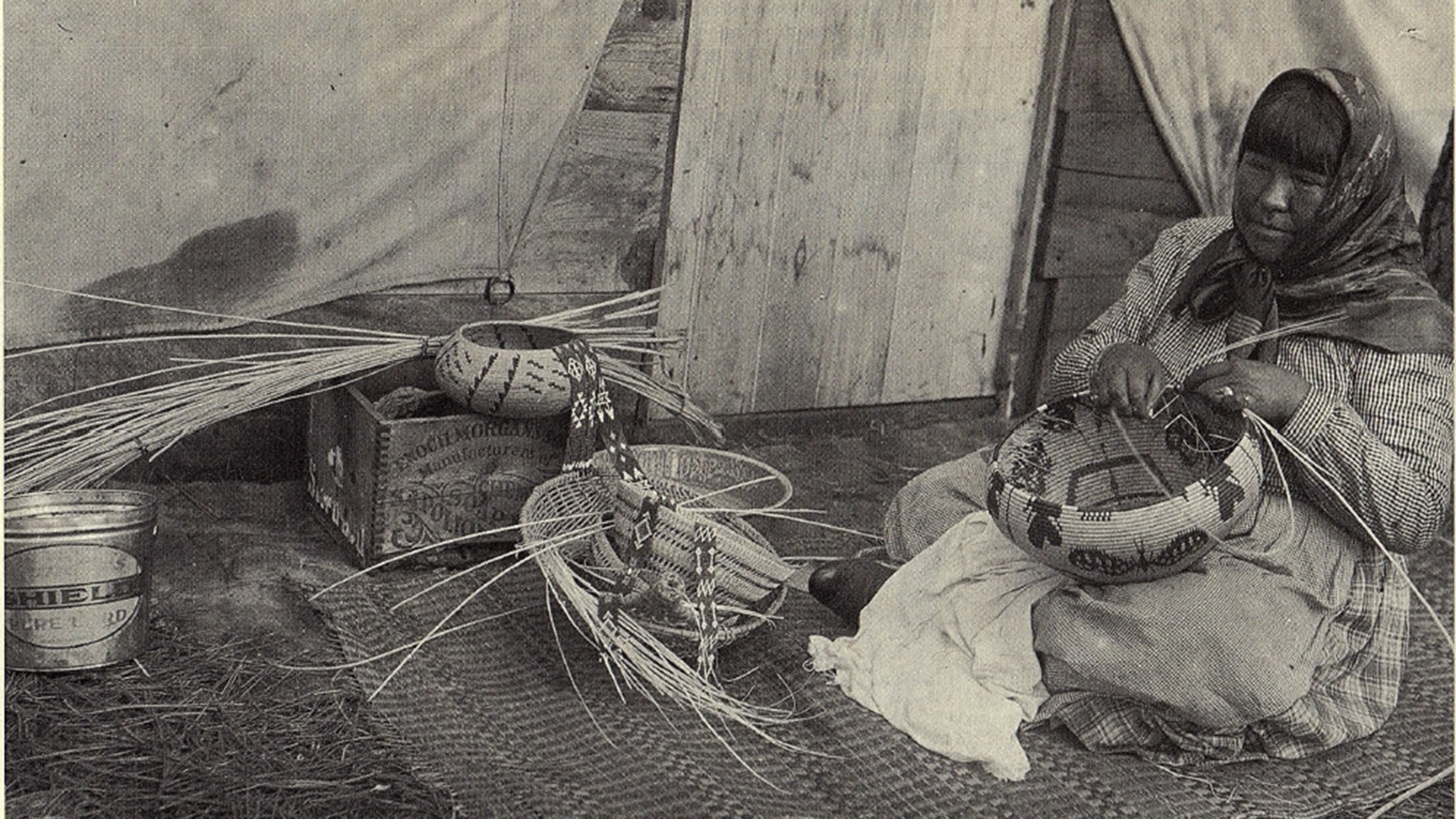 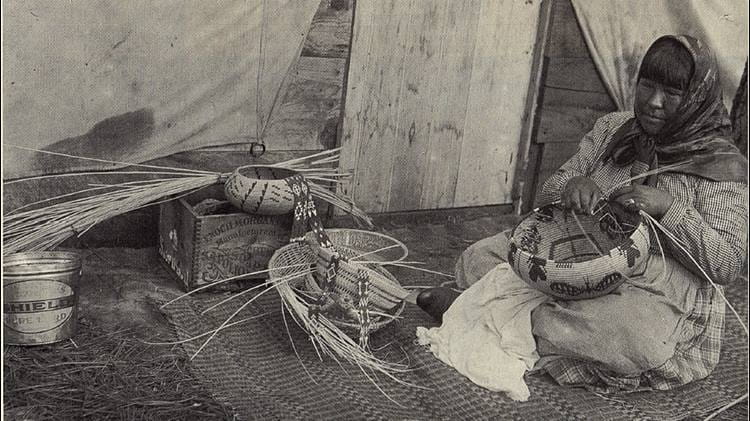 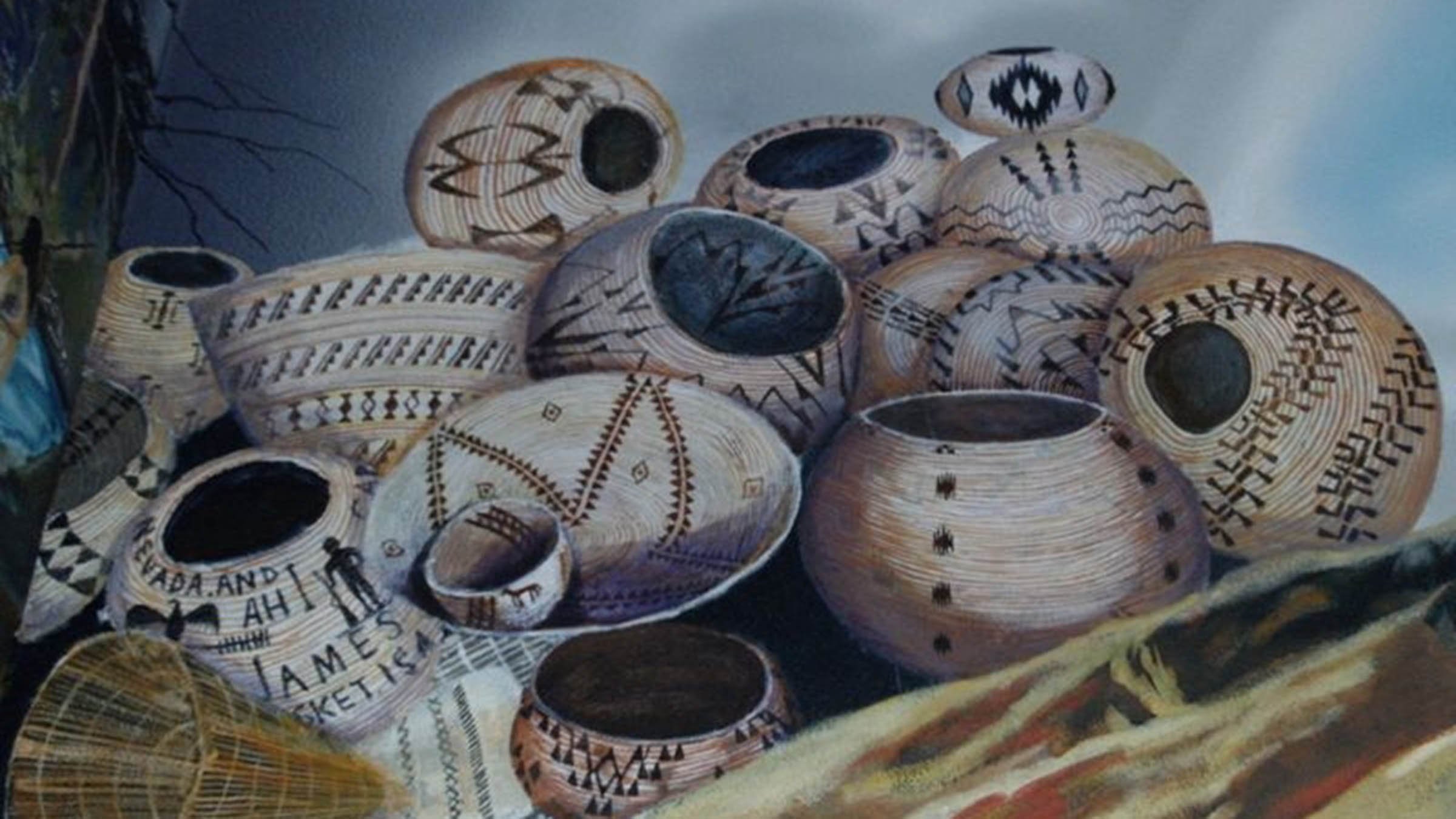 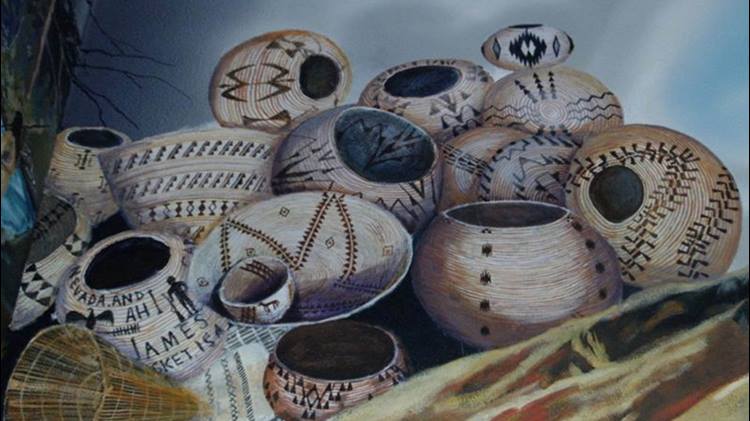 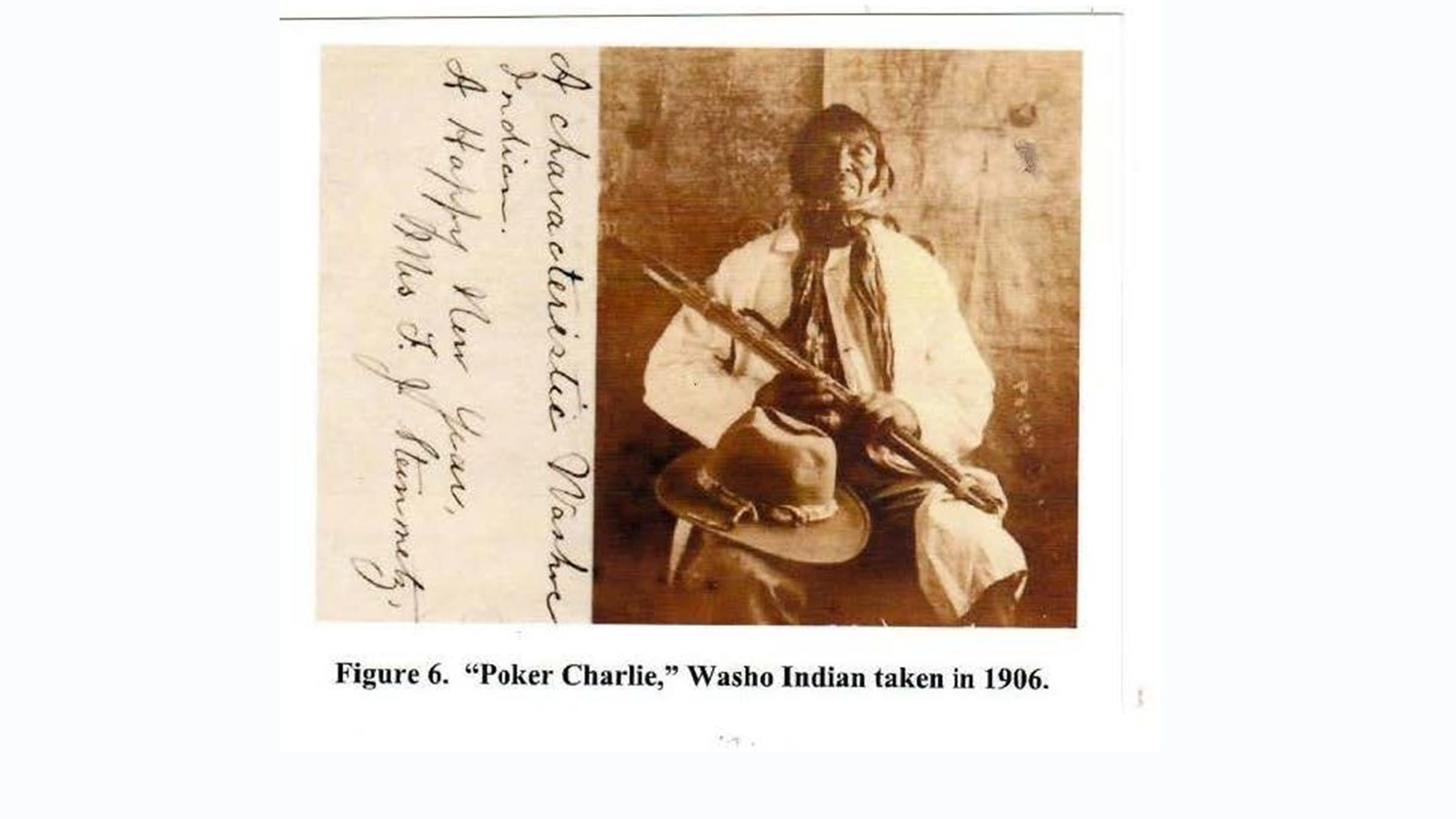 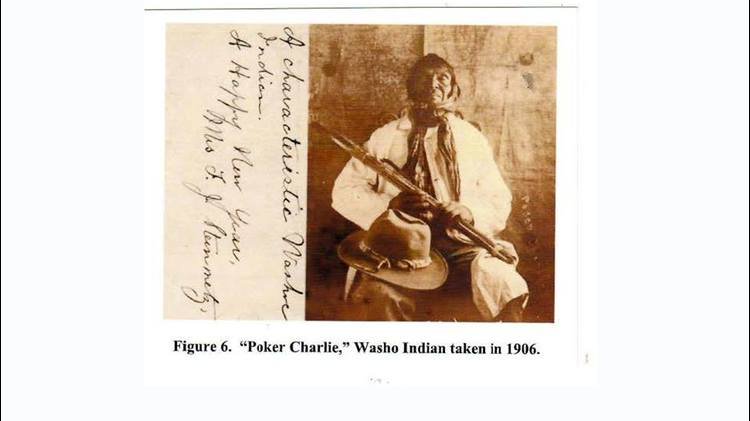 carousel-component
Like many Native people, the Washoe are considered hunters and gatherers. They lived off cutthroat trout and other fish they caught from rivers and lakes, as well as deer, rabbits, grouse, and antelope they hunted from the mountains. All living things are considered sacred.

The Washoe collected nuts, seeds, berries, and other plants for food and medicine. Piñon pine nuts were a staple of their diet, and the piñon pine was considered sacred to the Washoe. In the fall, when the pine nuts ripened, they would hold a festival, called the goom sa bye, that would last several days, praying, giving thanks, and other activities like games and feats of endurance, before harvesting and storing the pine nuts for the winter. Acorns were another food staple that would help them through the long winters.
rich-text 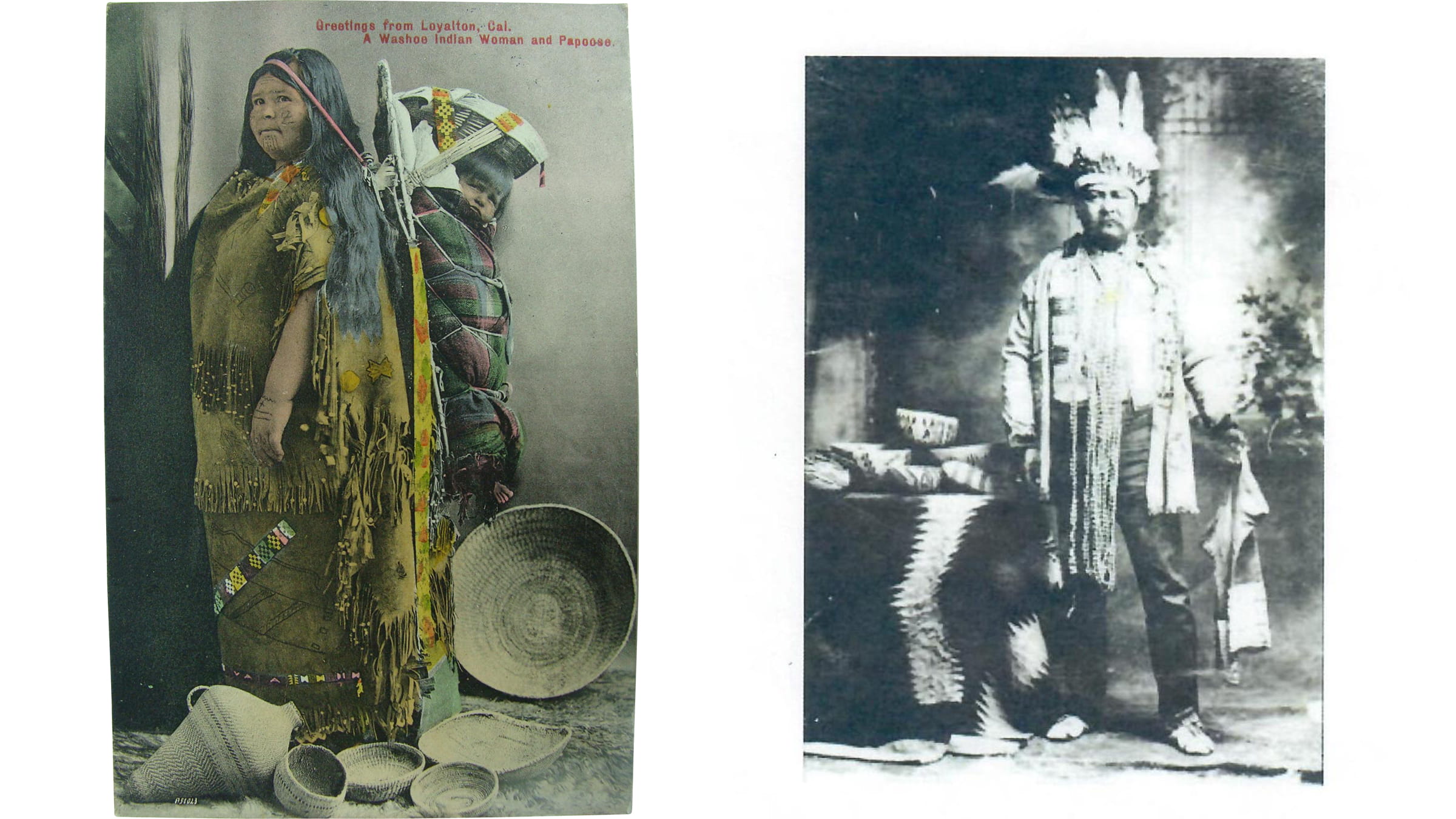 These days, approximately 1,550 enrolled members of the Washoe Tribe live in communities, or tribal lands throughout the Reno, Carson Valley, and Gardnerville areas of Nevada, as well as the Woodfords Community in Alpine County, California. One third of tribal members live off reservation, while many live within their ancestral territory. It took many years and continued effort before the Washoe were considered lawful citizens and were granted rights to any territory. Washoe were fighting in American wars before they were even considered American citizens.

Under the General Allotment Act of 1887, the Washoe received some land, but much of that land proved to be unfertile and unsuitable to the Washoe. Despite opposition, a small portion of land near Carson City was finally purchased for the Washoe in 1917.

An active tribal government currently lobbies for land around the Lake Tahoe Basin and works with federal and state agencies and private landowners to protect sites that remain important and sacred to the Washoe.

Where to Learn More

There are many ways to learn more about the Washoe people and their heritage. Attend a Washoe Cultural Tour, a guided tour from High Camp led by a member of the Washoe Tribe, who shares stories of Washoe history and culture in the region, as well as pointing out natural landmarks and tales of the local animal and plant life and what they mean to the Washoe. There is also a small exhibit of photography and artifacts related to the Washoe at High Camp, which is open to anyone who rides the Aerial Tram.

You can read about the Washoe Tribe’s history and current communities at WashoeTribe.us. Many area museums have exhibits featuring Washoe history, including the Nevada Historical Society and the Nevada Discovery Museum for kids in Reno, the Nevada State Museum in Carson City, the Carson Valley Museum and Cultural Center in Gardnerville. In the Tahoe area, the Donner Memorial State Park Museum in Truckee, the Gatekeepers Museum in Tahoe City, and the Tallac Historic Site in South Lake Tahoe have Washoe exhibits that showcase Tahoe history, including its Native inhabitants. The Washoe are currently trying to develop their own cultural center at Taylor Creek at Lake Tahoe. 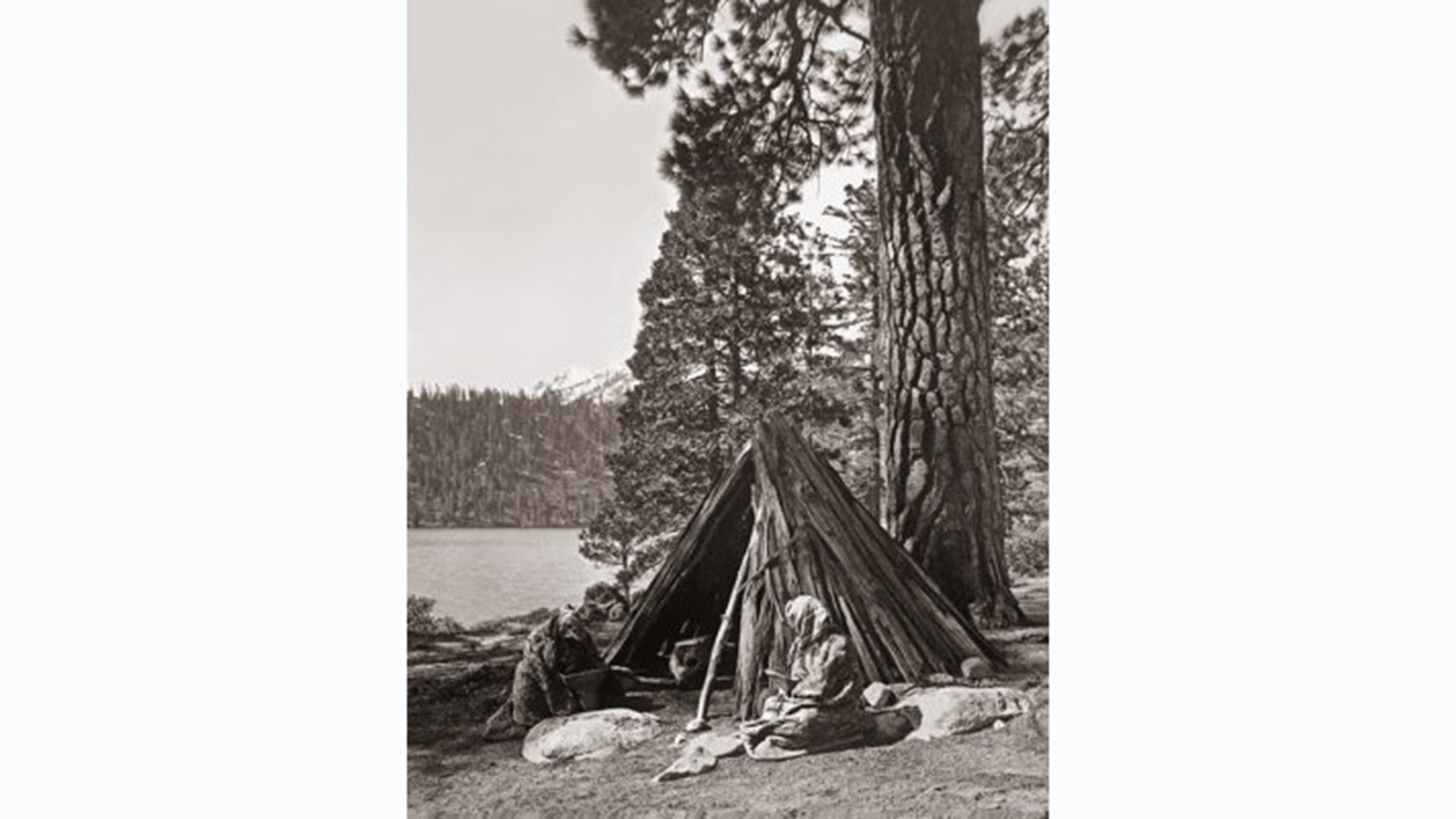 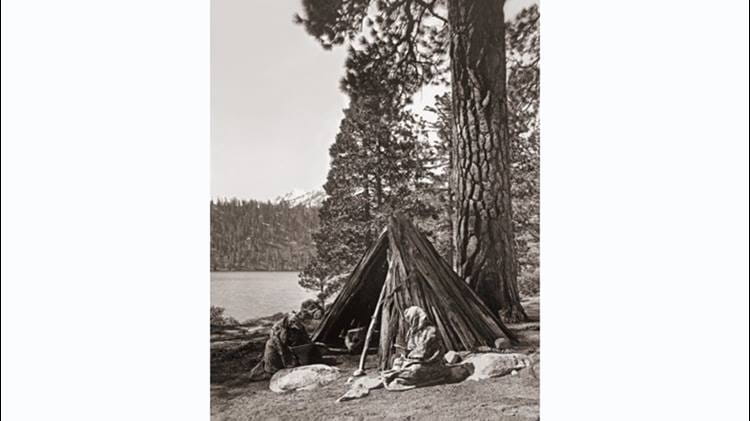